All trap locations are now in, additional locations may be added in the next 2 weeks. Numbers of aphids trapped in catches for the first 3 weeks of the network have been low.  There were no aphids recovered in the first week (ending Jun 14). However, high populations of English grain aphid have been reported in small grains in southern and west central MN and in SE and east central ND.  In addition, on Friday, July 05, a colony of soybean aphids were found in Crookston.  This colony is no more than 4 days old.  These populations may indicate 2013 will become an aphid year.  Vigilant scouting for and management of aphids is advised.

Scouting for aphids in potatoes:
- select leaves from the lower to mid canopy.  Lower, older leaves will have more established colonies and aphids prefer the balance of nutrients found here; aphids are rarely found on leaves in the upper canopy.
- avoid leaves on the ground or in contact with the soil.
- in seed potatoes there is only a threshold for PLRV (10 aphids/100 leaves), reactive application of insecticides an effective control for PVY.
- the use of feeding suppressing insecticides, such as Fulfill (Syngenta Crop Protection)  or Beleaf (FMC Corp.) and refined crop oils, such as Aphoil and JMS Stylet Oil, at or prior to field colonization by aphids may reduce the transmission of PVY within fields.
- in table stock potatoes, a treatment threshold of 30 aphids /100 leaves should deter yield loss due to aphid feeding. 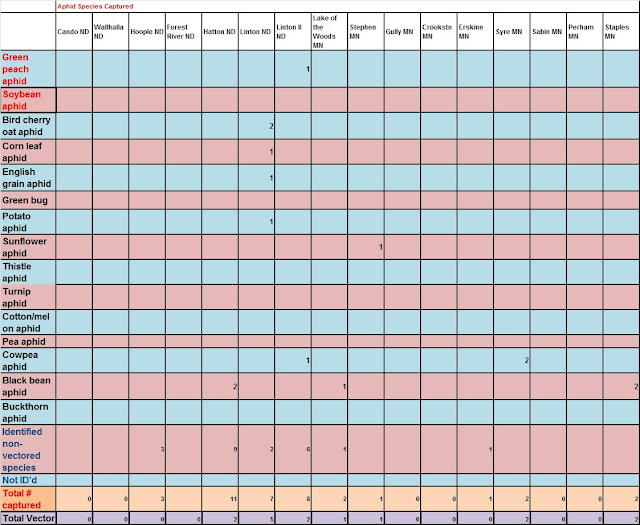 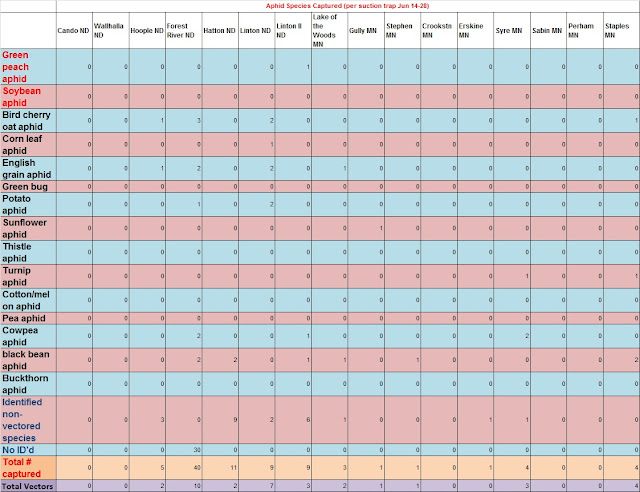