Welcome to the Aphid Alert update for the week ending September 01.  Trap catches took a further drop this week but several trap locations are still reporting numbers well above last year's.  The number of locations reporting is starting to decrease as well, with only 8 locations sending in samples this week.

Only two Green Peach Aphids (GPA) were recovered this week, 1 from Gully MN and the other from McVille ND.  Ada led this week's trap catch with 75 vectors, followed by Perham with 22, Gully with and 20 and Lake of the Woods with 15.  Al other reporting locations had trap catches in the single digits.  PVY Vector Risk Index values are slowing but very high for the whole season.

As mentioned last week, most PVY transmission in this region occurs in the later part of the season.  Aphid flights are decreasing but still much higher than flights at this time last year!  This would be a good year for early vine kill; if fields haven't yet been killed, this would be a good time to think about it.
Remember, keep scouting! 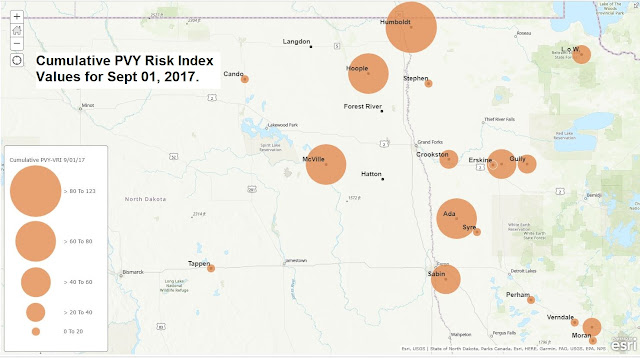 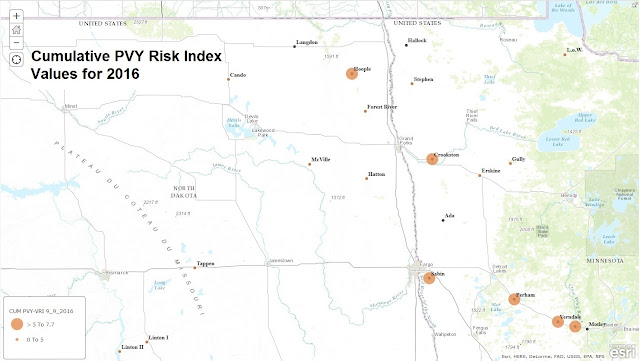