There was a significant increase in aphid vectors this week; 51 aphid vectors (from 7 different species) were recovered from 11 of the 13 sites currently reporting.  This is a higher vector count than previously captured over the past 4 weeks COMBINED.  Ada and Crookston reported the heaviest flights with 20 and 10 vector aphids respectively.

There were no Green Peach aphids collected this week but it appears that soybean aphids may be starting to fly (they recovered from Sabin and Ada in MN).  A few grain aphids were included in the mix as well.  As the grain matures and dries, the aphid population will respond by developing winged generations that will leave for, literally, greener fields....

These numbers have increased our PVY Risk Index in several locations and the appearance of Soybean aphid indicates that, if you haven't already started, it's time to start scouting your soybeans! The aphid season has begun, so keep your eyes open!

Cumulative PVY Risk Index for the Week of July 16 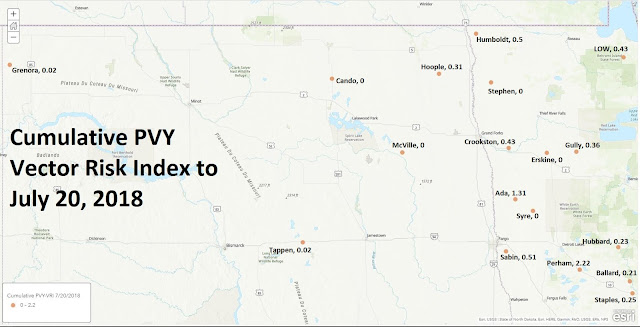 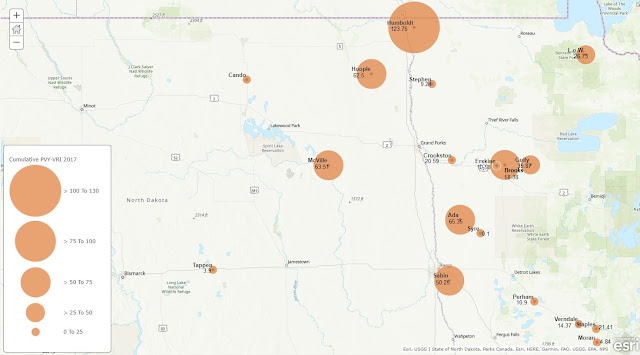